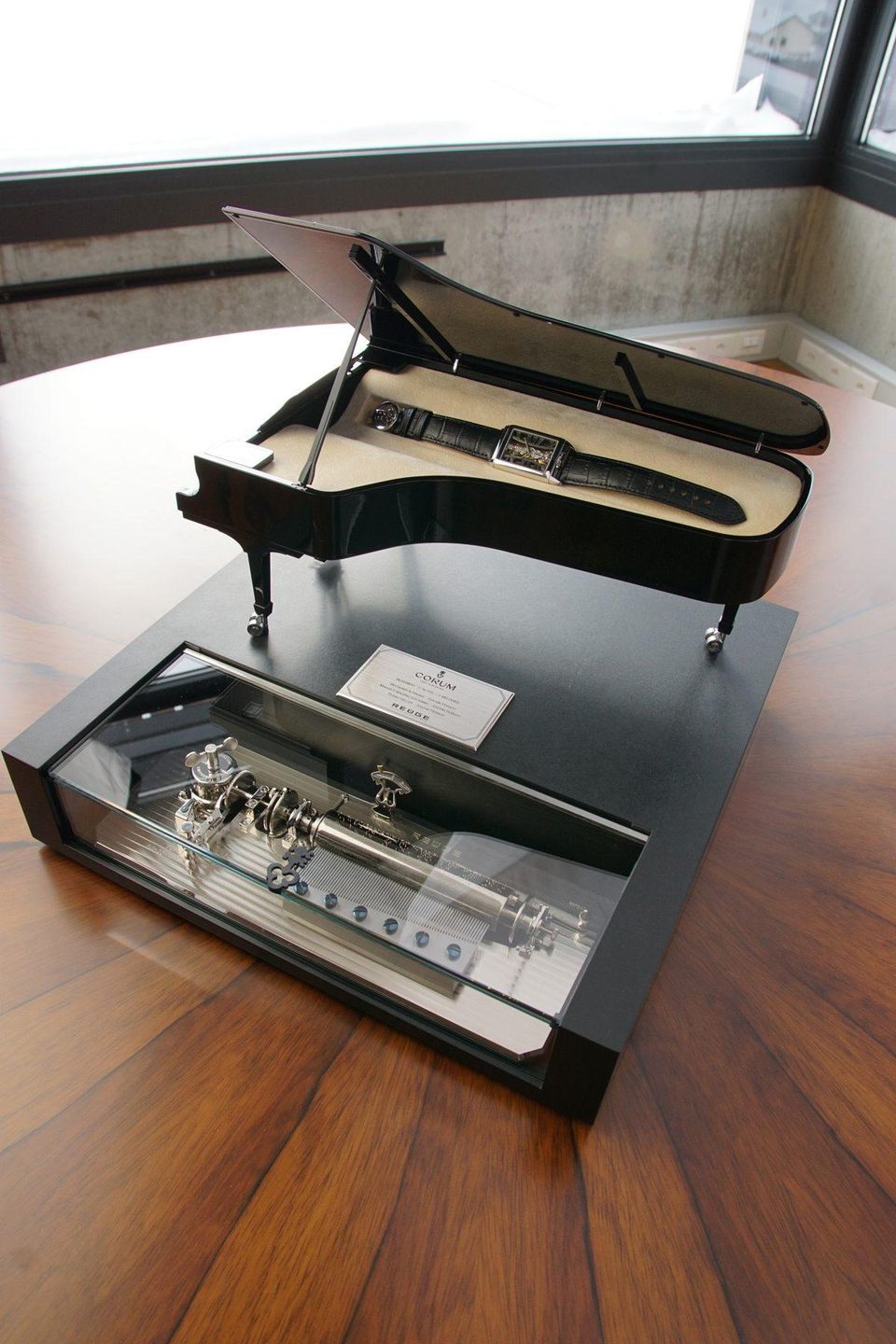 Corum and Joachim Horsley came together to create a unique watchmaking composition, which was unveiled at an exceptional show at the Folies Bergère in Paris on 15 February. This major international event lifted the veil on the Golden Bridge made to measure by Corum in his honour.  Part of a strictly limited edition, this piece marks the beginning of an enduring partnership between the brand and Joachim Horsley. It is also the first time that Corum’s Golden Bridge has embarked on a long-term musical partnership, which over the coming years is set to extend beyond the realm of pure watchmaking.

With the Golden Bridge Joachim Horsley, Corum’s legendary skeletonised watch debuts at Baselworld 2018 (March 22 to March 27) with an unprecedented metalized substrate made of sapphire crystal, onto which an excerpt from the original score of Beethoven’s Seventh Symphony is printed.  Corum collaborated with Reuge to create a unique casket containing a musical mechanism that plays Joachim Horsley’s interpretations of three melodies by Bach, Mahler and Beethoven.

The Golden Bridge Joachim Horsley will be the first Corum watch to feature a metallic decoration on its sapphire case back. It depicts an extract from the original score of Beethoven’s 7th Symphony. The piece will be available in white gold and pink gold.

Corum also teamed up with Reuge to mark this partnership and to give the “Golden Bridge Joachim Horsley” a unique presentation case. Specially designed for the artist, this music box will play three of the melodies personally arranged by Joachim Horsley: compositions by Bach, Mahler and Beethoven reinterpreted as rumbas or with Cuban-inspired beats.

In addition to this co-creation, Corum will also now be giving its clients – music lovers or not – the chance to create their own Golden Bridge based on the same model. Their metallic sapphire case back decoration can feature a different score, or they can even choose a motif, letters, or a coat of arms. This is yet another step taken by Corum to enhance the potential for personalisation. Following on from a number of very limited editions and one-off collaborations with artists, the La Chaux-de-Fonds brand is taking another step forward by offering collectors the possibility to create their own unique piece.

The first edition of the Golden Bridge is based on the brand’s Golden Bridge Rectangle, which made its debut at Baselworld 2017 – with one big difference: this Joachim Horsley edition features a cool, creative metallic decoration on its case back representing an excerpt of Beethoven’s 7th Symphony.  The manually wound Corum Golden Bridge Joachim Horsley in white gold retails for $52,500 US. 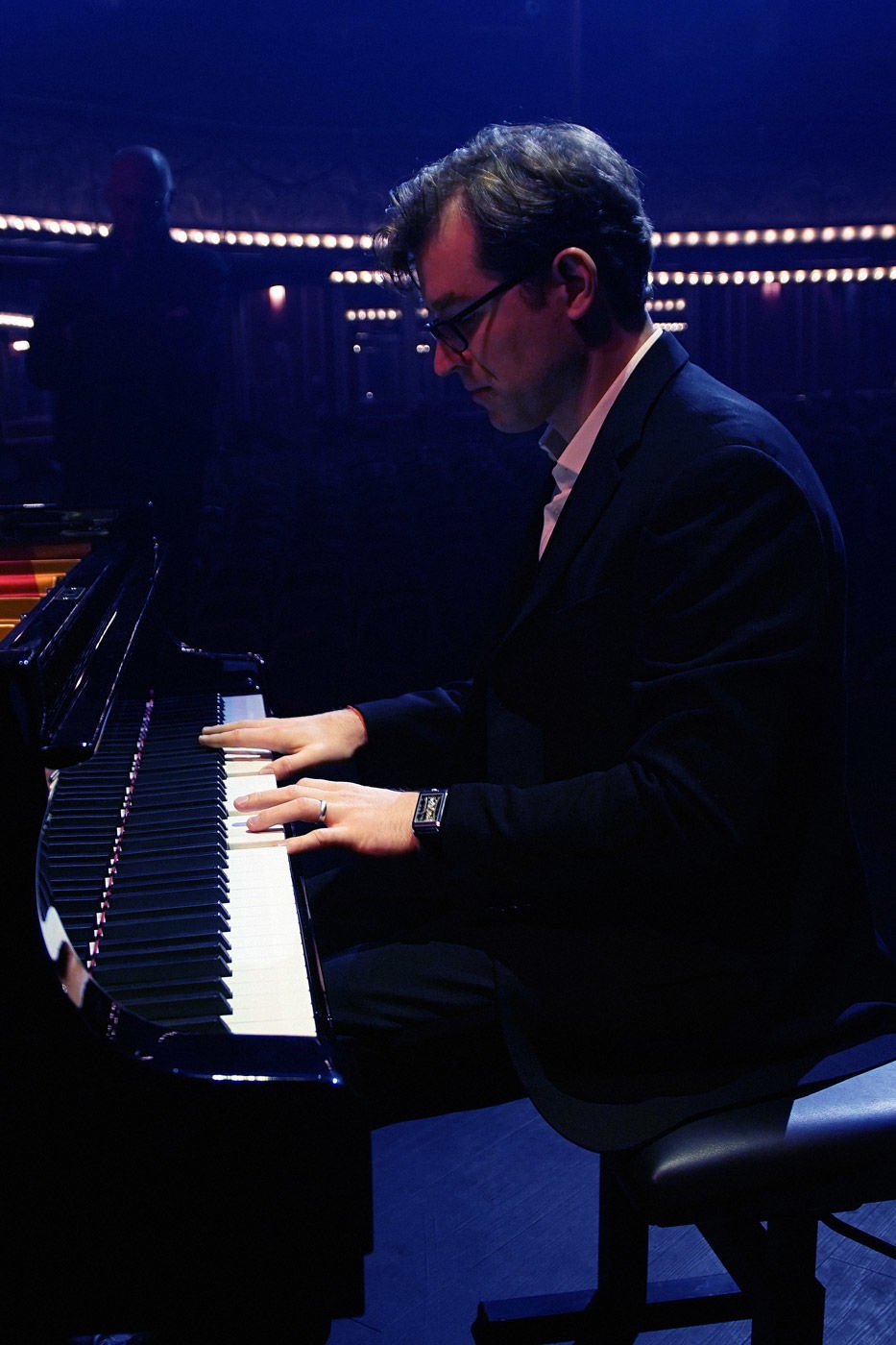 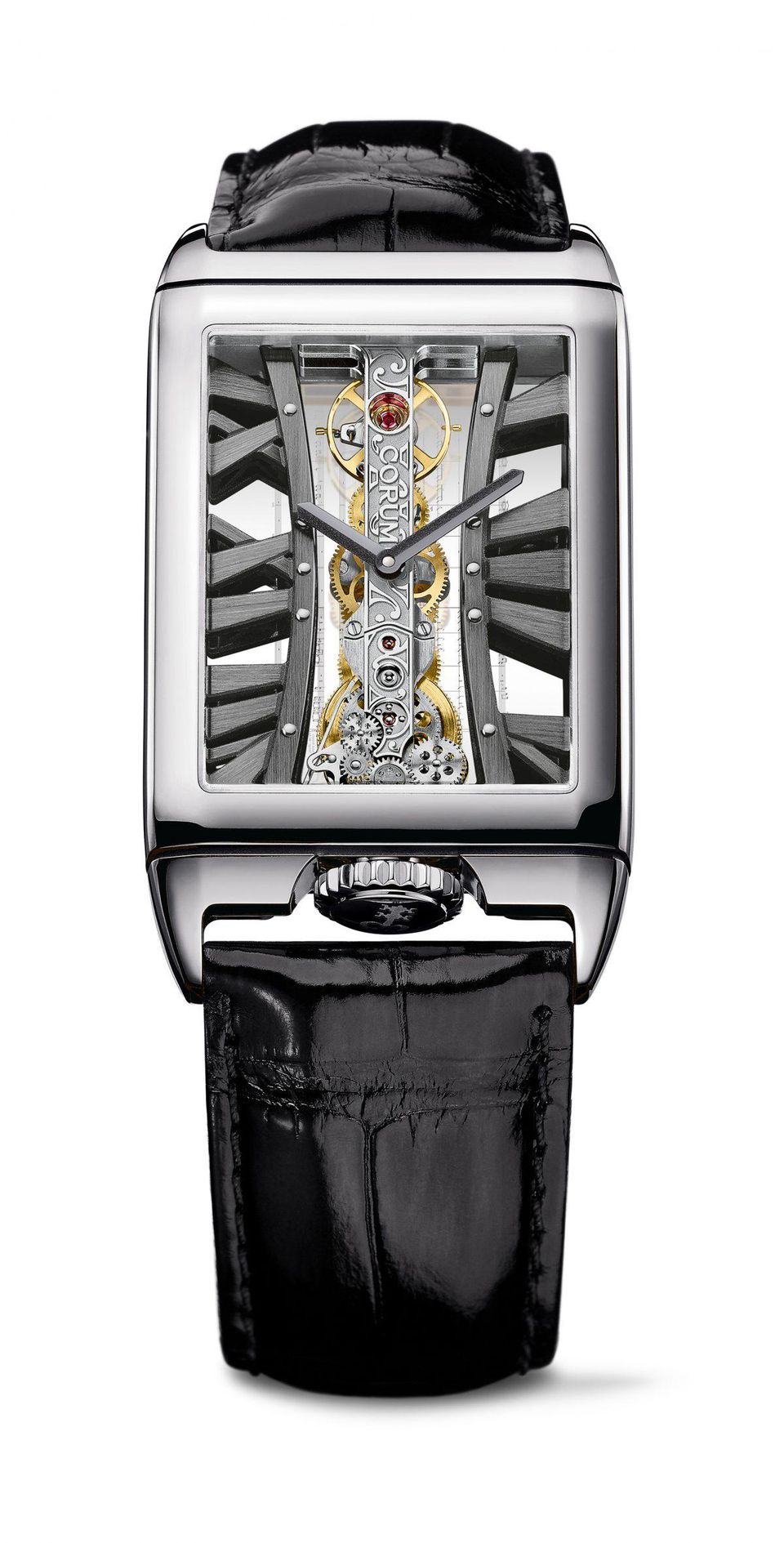