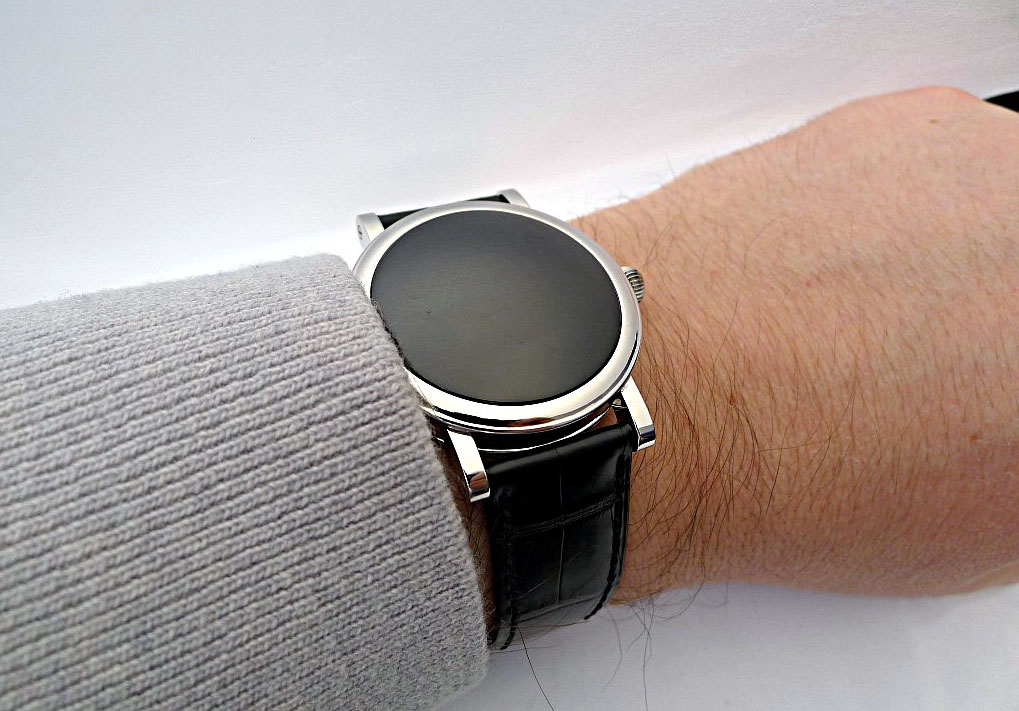 In his H8 - Flying Sculpture and H9 - Reduction watches, Haldimann has taken horology to the ultimate level - to the point where the watches don't tell time.  Why?  Just because... in some narcissistic vainglorious dimension these time pieces are not about telling time.

Watch hands were left out in the H8 in favor of focusing on the beauty of the movement - a majestic flying tourbillon that is perfectly capable of telling the time.  Haldimann had the sapphire crystal excessively domed which necessitated a deeper bezel. This uncompromising layout allows the gracile tourbillon to seem to hover above the crystal. Its charming dance can be admired not just head-on, but at any angle up to 90 degrees. As a result, the observer is rewarded with a much more thorough tourbillon experience that is difficult to describe in precise words.

Pushing the boundary of simplicity even further the H9 is sporting a beautiful H.Zen-1 manually wound movement with hour and minute hands BUT they are not visible because they are covered a with a blacked-out sapphire crystal.  The H9 looks like some for of smart watch that never turns on.

So there you have it, two super-fine horology pieces at a $150,000 price point that don't tell time!  It is worth mentioning that the earlier pieces in the collection, the H1 - Flying Central, the H2 - Flying Resonance and the H3 - Flying Sculpture with Minuterepeater do tell time. 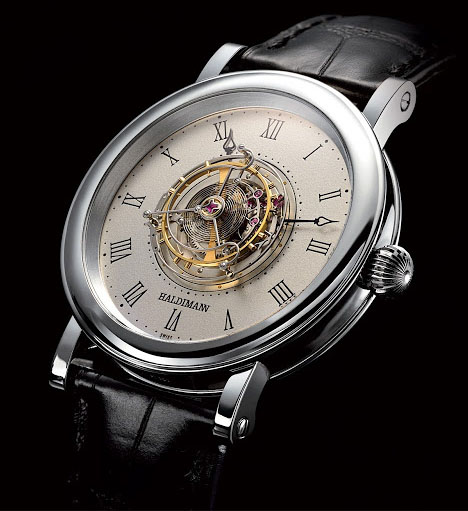 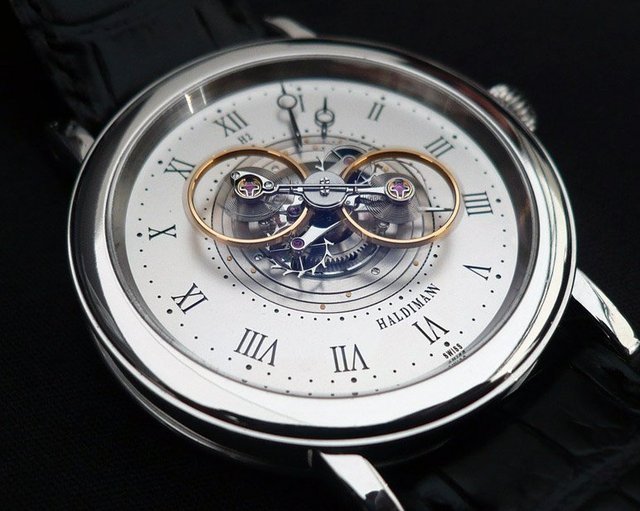