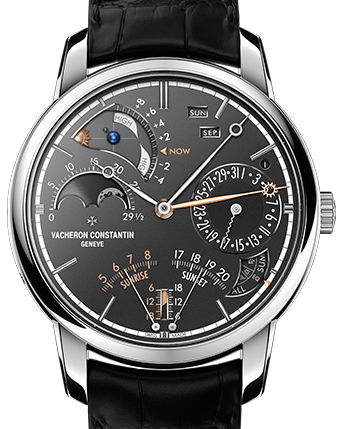 This impressive feat of miniaturisation features a combined display of civil, solar and sidereal times, each with its own gear train. Its new fully integrated caliber is a pinnacle of technical sophistication with its 514 components measuring a total of only 8.7 mm thick.

Developed and crafted by Vacheron Constantin the extremely complex and exclusive new Caliber 3600 called for five years of development. This mechanical manual-winding movement comprises 23 complications, including three distinct times driven by three dedicated gear trains. A tropical gear train which simulates the tropical year, meaning the elliptical orbit of the Earth around the Sun, was designed to enhance the precision of the solar functions. A three-week power reserve is ensured by six barrels, coupled by threes. A true feat of miniaturisation and engineering, this caliber measuring just 8.7 mm thick comprises a total of 514 components.

On the case back: 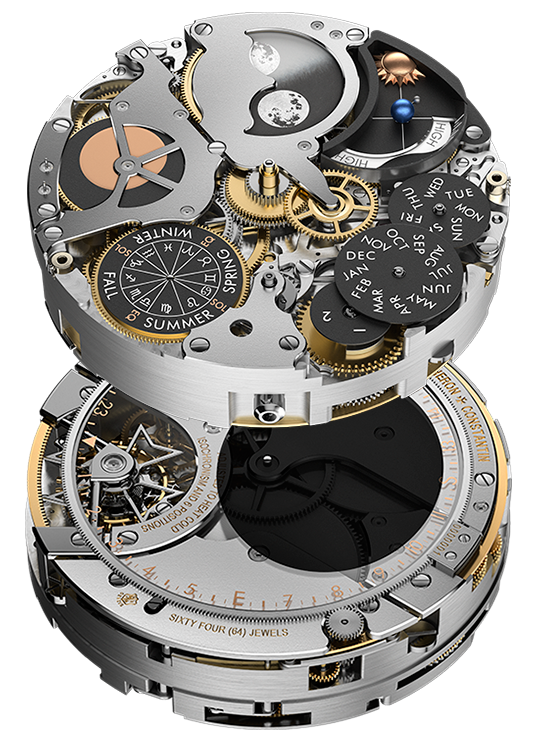